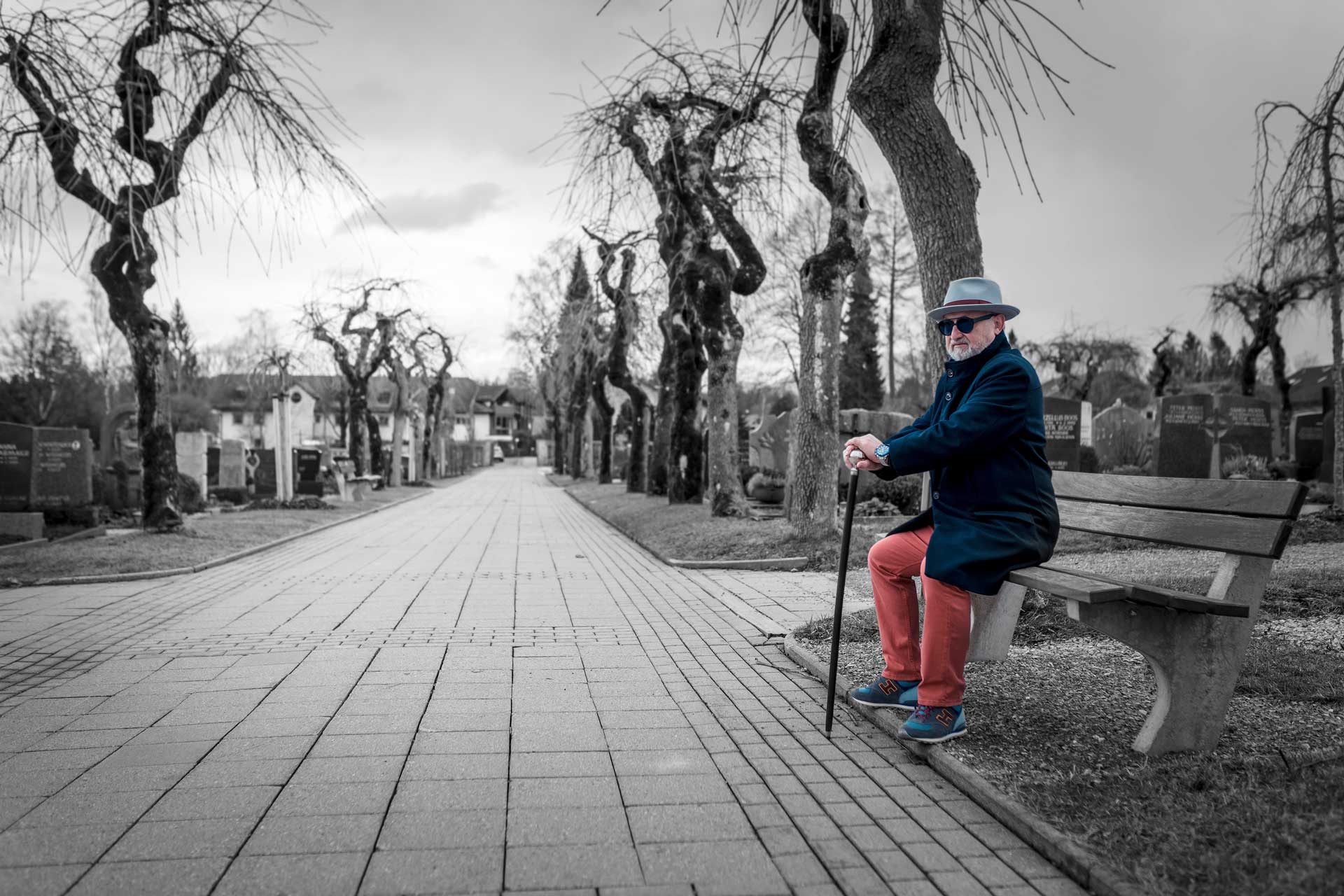 When you get older, you start to think about the meaning of your past and future life. As an artist is often shaken by life, it is obvious that you can put yourself in the position of other shaken people. It is called empathy. Most people in the world have to fight hard for their lives, even without wars. They don’t need them to experience suffering. I want to give these people an extra voice. I am firmly convinced that this silent majority of humanity wishes for nothing more than a humble and peaceful world.

If this were a selectable option, hardly anyone would chase after another ideology. We must break through the power of opinion makers to put an end to misery. I am neither capitalist nor communist – I am an inhabitant of this planet, and I have a right to its wealth. Politicians are elected and are paid to share and preserve it, and to organize human society – not to satisfy their personal sensitivities. The worst thing that could happen to foreign-controlled politicians would be a global unity of people in these most basic demands. Let us make them public together. It is only one sentence: “Let us live modestly in peace!“

But what does all this mean for the music? After all, this is a music site. This is exactly the question I asked myself after the first year of my comeback as a musician. What I found out made me more confident as an artist, but was a nightmare for marketing, because the highest goal of marketing is a clearly defined artist image with a stylistic focus.

However, my approach must be holistic if the above is not to be a beautiful illusion. Dedicated lyrics that describe the misery are a need for me, but since they tend to lead to depression in sensitive people rather than change anything, a counterbalance is needed. After all, I want people to feel powerful despite knowing the misery in the world, because otherwise nothing will change.

That’s why I decided to create this counterweight in my music as well. For this purpose I have created two new artist profiles, which are dedicated to relaxation on the way to serenity, and joy of life in the form of dance. Whatever this means for my chances on the music market – it is my way.

First I thought about what hurt my soul the most and three things came up: contempt – poverty – despair. And these things did not always concern only my person, but I also felt it as a violation when it concerned other people. In summary, this meant the global fight for the opposite:

Fanpost | We introduce Captain Entprima as a new artist unit for ambient music and give some insights into the musical genre.

Entprima Insights | This statement deals with the fight for global respect, prosperity and serenity as driving force for all activities.

Our Way of Communication

Entprima Insights | Our way to satisfy the communication preferences of our friends, and still not surrender to the dictates of social media channels.

Let me today speak about a new approach of Entprima. When musicians try to get into the music business, they have a huge problem. If they are totally newcomers, no label will be interested in them.