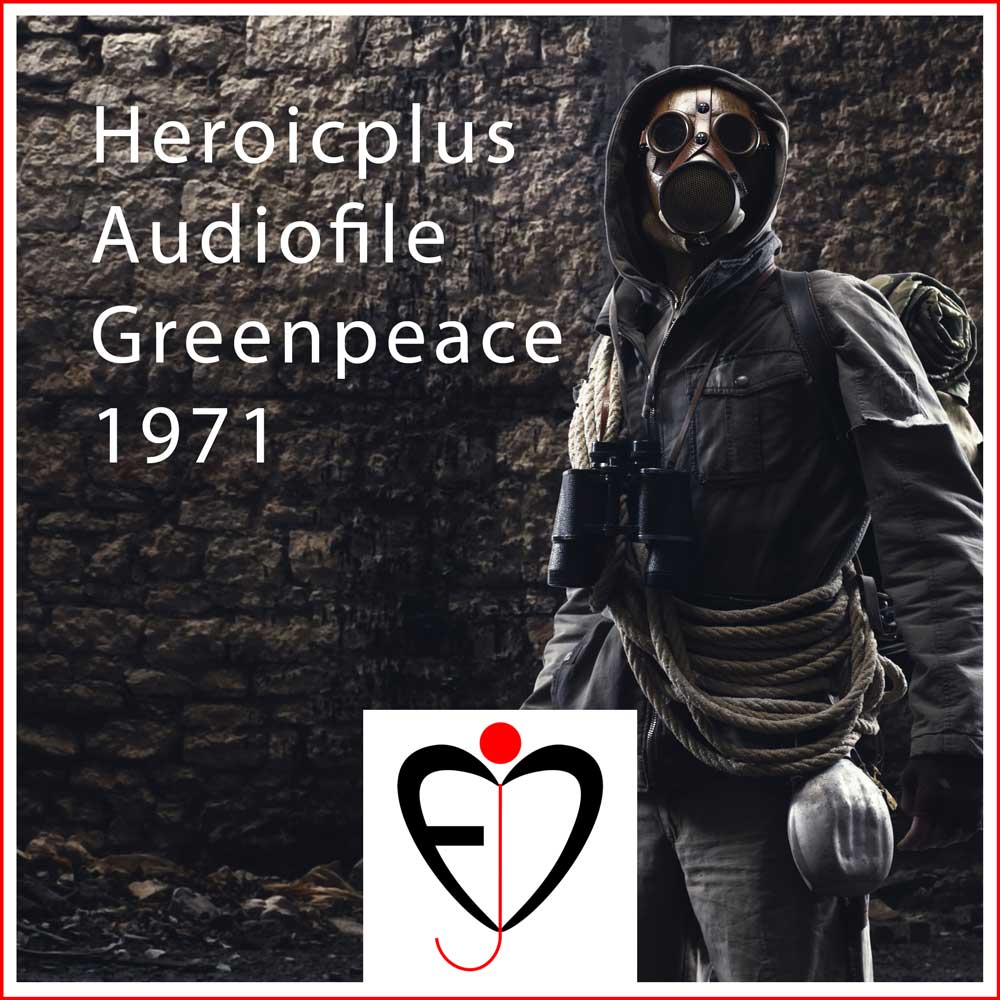 Another title from the “Historic Moods” series. This song is about Greenpeace and the heroic actions of their activists. The critical note in the lyrics describes the rise from a hippie movement to an eco-corporation, complete with millions in losses due to dubious financial transactions that do not fit the noble goal of the movement.

One year before the funding of Greenpeace the initial spark came in form of a benefit concert with Joni Mitchell, James Taylor and Phil Ochs in Vancouver. The first action was the heroic attempt to prevent a nuclear test by the U.S.A with a fishing boat which failed but triggered a protest movement.

In 1985 an activist ship, Rainbow Warrior, should protest against French nuclear tests. While anchored in the New Zealand port of Auckland she was sunk by agents of the French Foreign Intelligence Service. Greenpeace photographer Fernando Pereira drowned.

In 2014 it became known that losses totaling 3,8 million Euros were incurred as a result of forward exchange transactions made by an Greenpeace employee to hatch currency fluctuations.

On the way from a hippie movement to an eco-corporation the fire of enthusiasm gradually died out before a girl called Greta appeared on the scene and attracted the hatred of the couch potatoes.

After the story of “Spaceship Entprima” and the stage play “From Ape to Human”, the Entprima Jazz Cosmonauts were free for a new task. The decision was made for a permanent, socio-political task – the fight for more empathy in this world.

Empathy logically excludes racism, fascism, injustice, greed and all other evils of human behaviour. And when we speak of fight, we include determined resistance. We will not leave our children a world worth living in if we allow ourselves to fall permanently into romantic transfiguration or meditative retreat.

Nevertheless, every person needs a balance for his soul. If we respond to hate with hate, we will fail miserably. But we are many! If everyone does his part in daily life to improve the situation, we will win.

Make sure that you always remain powerful in your mission and avoid confrontations that harm your soul.

“Historic Moods” is a series of songs that musically document contemporary events. The construction of the songs has one common feature. Commentaries on the event are spoken over the music. The music itself consists of quotations that either reflect the musical style of the time or paint an atmospheric picture of the contemporary historical theme.

The theme of the present song is the founding of Greenpeace, which will be 50 years old in 2021. In this song, the music paints a mood picture of the events commented on. Starting with the noble slogan of Greenpeace, hopeful pop harmonies resound. But already the first chapter of actions with the sinking of the Rainbow Warrior resulting in death forces the music into rather sad, doubtful regions. Just like the questionable financial transaction that cost millions in donations and proved the way from a hippie movement to an eco-corporation.

At the end, the pleasing pop song resounds again in a repetition of the opening slogan, which finally ends in heroic brass sounds that, however, slip somewhat into the weird.

A space odyssey is not a child’s birthday party. Infinite expanses are sometimes too much for our human minds.
Read More

The song describes the outbreak of youthful enthusiasm over the newly won party freedom after vaccination.

The song “Field of Love” describes a fictional cosmic field created by the longing for love of abused children’s souls.