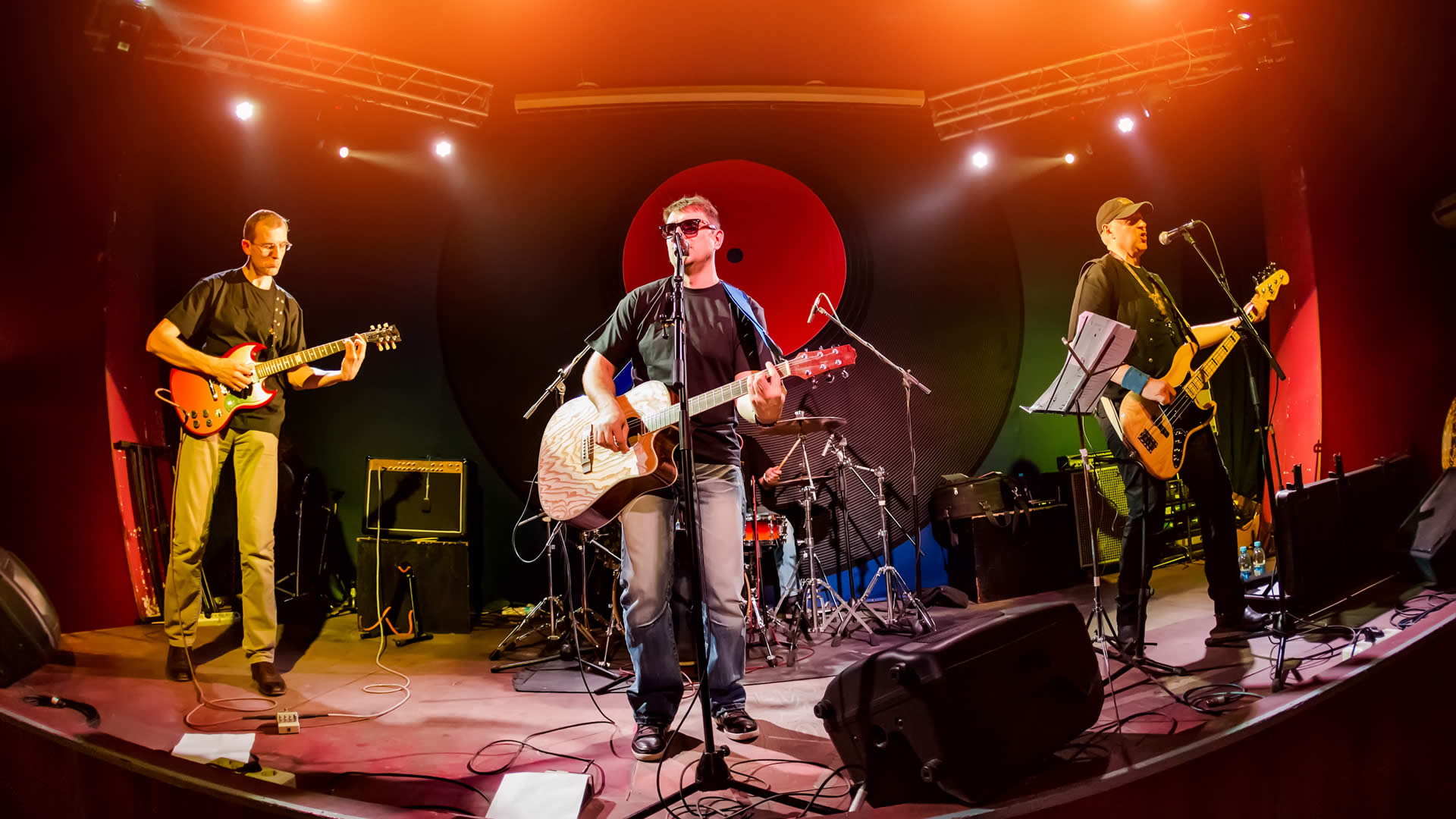 At this point of the story (see date) there are no musicians on board of Spaceship Entprima. This fact is important to understand this post, and the music releases of this time. So the picture above shows a band on stage, what definitely is actually not possible on Spaceship Entprima.

When the storyteller, Horst Grabosch, was 40 years old, his career as a performing musician ended in a fulminant burn out. To finance a family with two children was a huge task. He needed about 20 years until he was aware of the mistakes, he made. It was very hard to realize that a career with about 300 international concerts a year was not enough to make it for a longer breath. When he decided to come back into the music business in 2018, because he simply needed music for his mental health, he didn’t want to make the same mistakes again.

One mistake was to execute music more than to create music. But it is easier to avoid criticism in failing creations, than to stand the rejections. But this is the major mindset of composers. And only composers and producers and other creators have the chance to earn money without steady working. Licenses are the miracle of wellfare of an artist.

Sure, there are many moments of satisfaction as a musician on stage. But when I realized, that the most fun is on the side of amateurs, the whole thing made sense. The secret is the balance of working and living. Do you realize what happened with Avicii? He was forced to enter stage, while he was ill, because the record company forced him to do that, to keep his career running. He died at the age of 29!

What does the story mean?

II realized, that only to throw some new music on the market, was not the solution. At the age of 62 this doesn’t make sense in two aspects. 1.There is not enough time to develop a new artist profile, that could be recognized by the audience. 2. Only making some new music doesn’t fit to the experiences of a life full of ups and downs. So I decided to take an imagination, which was the base of my last recording as a musician, and to develop it. When I started to do that, I realized, that there are tons of different aspects in the story: musical aspects, political aspects, psychological aspects, and more. That was the frame that I needed for an inspirated work. And here we are!

If you are a musician, you can learn something about the future of music production. Ther are no musicians on board of Spaceship Entprima! Did you already think about that? Do you know how Felix Jaehn or Martin Garrix work? Did you ever think about, how to bring successfull electronic music on stage, and what it needs to realize that besides practicing on your instrument? Did you ever think about musical genres and placing your music into the right setting? Follow the story and you will make some interesting experiences. The story is not a joke, but a sample for marketing and creators fun. And when fun is not the moving aspect – forget it! Success is not the benchmark for the satisfaction of a creative mind.